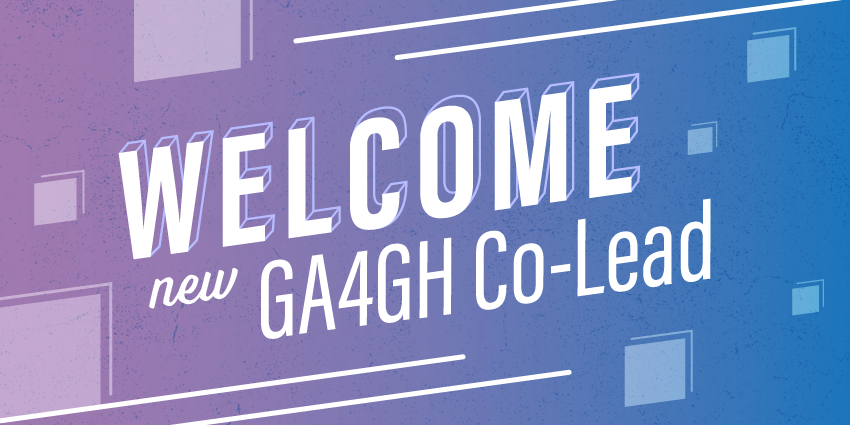 Van der Auwera, Director of Outreach and Communications for the Data Sciences Platform (DSP) at the Broad Institute of MIT and Harvard, joins LSG leadership alongside Dr Oliver Hofmann of the University of Melbourne. The announcement follows the departure of Dr Thomas Keane of EMBL’s European Bioinformatics Institute (EMBL-EBI), who has served with Hofmann since the inception of the Work Stream in 2017.

The LSG Work Stream creates standardized methods for accessing large-scale genomic data (reads, variants, and expression data) by file-based, API-based, cloud-based, and distributed access. LSG has several ongoing sub-group projects. For example, the draft VCF v4.4 specification is currently open for Public Comment, the refget team aims to move to a new testbed infrastructure by GA4GH 10th Plenary in September, and the RNAget team is drafting a search table schema for use with the Data Connect API. To learn more about the Work Stream or how to get involved please contact the LSG manager, Reggan Thomas.

“Under Oliver and Thomas’ leadership, the LSG Work Stream has produced an impressive body of technical work on standards that are key to genomic research activities,” said Van der Auwera. “My hope, as I step into this role, is to enable the group to pivot toward a greater emphasis on community awareness, adoption, and participation in order to maximize the impact of this work.”

As part of her outreach role at the Broad Institute, Van der Auwera serves as an educator and advocates for researchers who use DSP software and services like the Genome Analysis Toolkit (GATK), the Broad’s industry-leading toolkit for variant discovery analysis; the Cromwell/WDL workflow management system; and Terra.bio. Terra is a cloud-based analysis platform developed by the Broad Institute, Microsoft, and Verily to integrate computational resources, methods repository and data management in a user-friendly environment while utilizing GA4GH standards.

Originally trained as a microbiologist, Van der Auwera earned her PhD in Biological Engineering from the Universite Catholique de Louvain (UCL) in Belgium, followed by a four-year postdoctoral fellowship at Harvard Medical School. “My formal training was in classical microbiology and molecular biology (circa 2000), so very much wet lab, with minimal computational training,” said Van der Auwera. She joined the Broad Institute in 2012 to oversee the GATK user community, leaving behind the bench and pipette forever.

“I taught myself Python during my PhD as part of an early sequencing project — a 72kb bacterial plasmid — and came to rely heavily on open-source software resources like BioPython. My interest in open science really crystallized when I joined the Broad Institute to support the GATK community and discovered the human genomics ecosystem, which presented me with a whole new kind of scale and level of technical complexity,” said Van der Auwera. “I had front row seats to bleeding-edge genomics development, and my job was to make sure everyone else outside the Institute could also utilize what our teams were building — in combination with a whole ecosystem of other tools, methodologies and data types.”

She has been an active member of the GA4GH community since 2021. “I’ve been following the activities and progress of GA4GH (without getting directly involved) since probably 2016. In 2020 I started occasionally writing or editing Terra blog posts about GA4GH-related activities and products, and in 2021 I joined some calls of the EDI cross-Work Stream, mainly out of personal interest,” said Van der Auwera. “When the call for a new LSG co-lead came out, it seemed like a fantastic opportunity to get more directly involved in an area where my particular background — which is a mix of technical, scientific, and community development experience — could add value.”