Public Attitudes for Genomic Policy Brief: What does the United Kingdom (UK) public think about the storage and use of its genetic data? 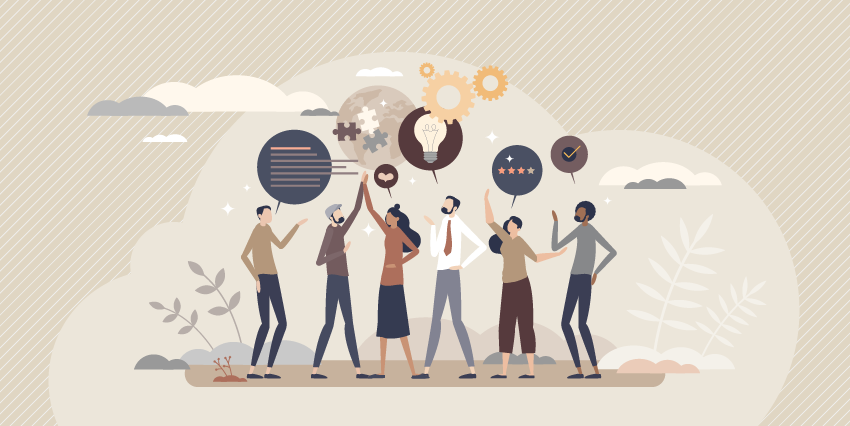 In 2022, the charity Progress Educational Trust (PET) marked its 30th birthday by commissioning Ipsos to conduct a nationally representative survey of the UK public. We wanted to measure  people’s understanding of, and attitudes towards, areas of science and medicine, including genetics and genomics. The resulting report is wide-ranging, and can be read in full here.

The report’s central ‘Genetics and Genomics’ section begins by exploring the respondents’ understanding/familiarity of the term ‘genome’. Survey participants were presented with a selection of definitions of this term and were asked to identify the correct definition(s) or alternatively to select ‘don’t know’. Just 45% of participants succeeded in selecting only scientifically correct definitions of the term, while 33% selected ‘don’t know’ .

Given the increasing importance of genomics in medicine – with the Long Term Plan for the UK’s National Health Service (NHS) including a commitment to ‘be the first national health care system to offer whole genome sequencing as part of routine care’ – this low level of understanding is a cause for concern. Reassuringly, 16-24-year-olds were more likely than some older groups of participants to select only correct definitions of the term ‘genome’.

Our survey goes on to explore public attitudes to the storage of an individual’s genetic data in a national database (separate to medical records), for the following purposes.

The first scenario – the use of an individual’s genetic data for that individual’s direct care – was supported by 57% of participants, and was opposed by only 12% (the remainder selected the responses ‘neither support nor oppose‘ or ‘don’t know’).

We were encouraged to see that people are broadly receptive to the idea of their genetic data being stored, particularly for use in their own healthcare. With the advent of the UK’s NHS Genomic Medicine Service and related initiatives, storage of genetic data is likely to become increasingly commonplace and important to people’s medical treatment.

This attitude is echoed in a later part of the survey, where participants were asked to what extent they agreed or disagreed with the statement ‘I would willingly share my genetic data (assuming my name and other personal details are withheld) for medical research’. Again, more than half of participants responded positively, with 20% selecting ‘strongly agree’ and a further 32% selecting ‘tend to agree’.

It is heartening to see that so many people are comfortable with their genetic data being used for the good of others – either family members, or the wider community through research. This bodes well, at a time when such deidentified data is already being made available to researchers through UK projects such as UK BioBank, the 100,000 Genomes Project, Genes and Health and Our Future Health, and with similar projects taking place in other parts of the world.

The goodwill that makes such research possible must not be taken for granted. Rather, we must sustain and build upon existing levels of trust by upholding high ethical and technical standards. On that theme, it is unsurprising that the fourth scenario in our list above – in which authorities such as the police can access stored genetic data, and can readily identify associated individuals – was the least supported by survey participants, with only 40% in favour and 25% opposed.

This reinforces the importance of clear rules about who can access genetic data and why. People must be able to trust that any data collected will only be used in the agreed way, and for the stated purpose.

It is also important to clarify the potential benefits and ultimate objectives of research. More than half of survey participants agreed with the statement ‘More scientific and medical research into human genetics is needed, otherwise we will miss out on new treatments for life-limiting conditions such as cancer’ – with 20% selecting ‘strongly agree’, and a further 37% selecting ‘tend to agree’.

Researchers, policymakers and funders should feel emboldened by this response. There is clearly much work to be done explaining what is entailed by moving from the era of genetics to the era of genomics, not least improving the public’s understanding of what a ‘genome’ actually is. However, there is good reason to think that work in this area enjoys public support in the UK, at least for the time being.

To find out what the UK public thought about direct-to-consumer genetic tests, routinely sequencing the genomes of newborn babies, new medical treatments which involve genome editing, and much more, read our full report Fertility, Genomics and Embryo Research: Public Attitudes and Understanding.

This blog series is written by Sarah Norcross, Director of the Progress Educational Trust (PET).

PET is a charity which improves choices for people affected by infertility and genetic conditions.

This brief is part of the Public Attitudes for Genomic Policy blog series, developed by the GA4GH Regulatory & Ethics Work Stream (REWS). Visit here to read the past brief.