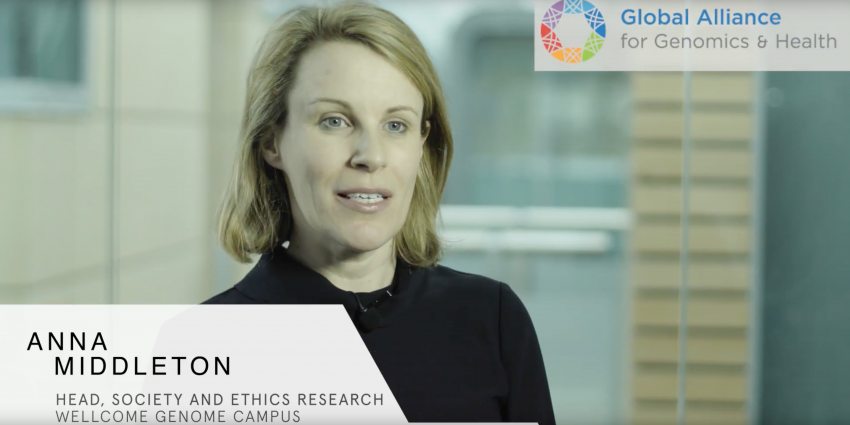 Your DNA, Your Say (YDYS is an international survey that reflects the intersection of two current day hot button issues: DNA sequencing and Big Data. Developed by the Participant Values task team of the Global Alliance for Genomics and Health (GA4GH), the study’s authors believe that public attitudes on the storage of genomic and medical data in online databases are critical for such data to positively inform human health and medicine..

But how can social scientists and bioethicists understand the public’s attitude about genomics if the public is generally unfamiliar with the very term “genomics”?

An earlier study by the project’s lead, Anna Middleton suggests that educating the public about scientific topics is necessary before one can gather reliable data about broad opinions on the subject. So Middleton and her colleagues Heidi Howard and Emilia Niemiec developed YDYS to be both a data collection tool as well a way to socialise knowledge of genomics — a feat they achieved using film. Snappy, short videos, heavy on storytelling and minimal in their use of esoteric jargon, provide respondents with enough background information to complete the survey.

Tim Pope, the filmmaker behind the YDYS videos, also happens to be a member of the target audience: the general public (i.e. not a scientist). In a creative development meeting he said, “You have to explain genomics to me as if I were a six year old.” Thus emerged the concept of a young boy acting out the role of a medical doctor, an academic researcher and a pharmaceutical researcher, each accessing people’s DNA and medical data (represented by puzzle pieces) from a database (his playroom bookcase). In the films the young doctor/researcher is played by Middleton’s son, Charlie.

In the video above, the YDYS creators discuss the “why” and the “how” of the survey they built, and the complexities and nuances of translating it into different languages in order to reach as many global lay publics as possible. This video, which was produced by Lauren Farley, Team Manager of Middleton's Society and Ethics Research group, supplements the paper,  “Your DNA, Your Say’: global survey gathering attitudes toward genomics: design, delivery and methods,” recently released in the journal Personalized Medicine.

Results of the survey are forthcoming.