Greater than the sum of its parts: How Matchmaker Exchange is being used to solve today’s hardest rare disease cases 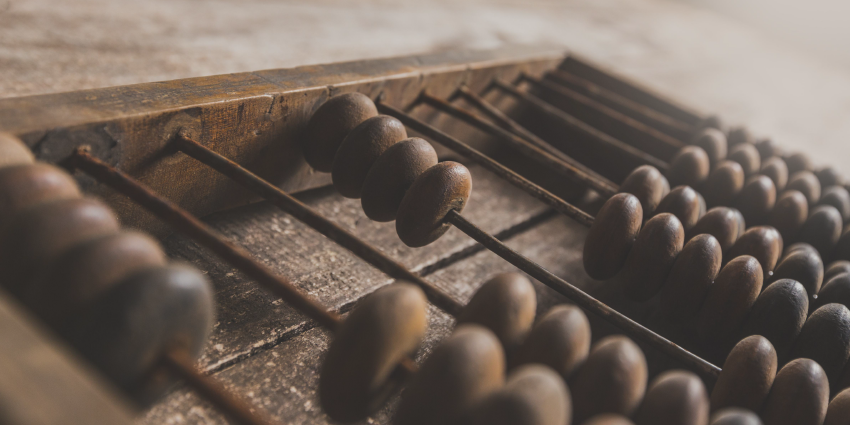 Patient A:II-1 was born in the Netherlands three weeks early with short, flattened bones in her upper body. She seemed otherwise healthy until her horseshoe-shaped kidneys began to fail. She developed an increasing need for oxygen and died within seven weeks. Without any clues as to the origin of her disorder, her clinicians submitted her case for whole exome sequencing and candidate causes of her disease (e.g. gene names) were deposited into a rare disease database maintained in the US called GeneMatcher.

It was the digital version of an age-old clinical practice: if you don’t know what’s causing your patient’s symptoms, ask around. Find a colleague who has seen a similar case and compare notes. If you’ve both done sequencing and you both happen to have found a genetic variant in the same gene, you may have a hit on the underlying molecular mechanism. It’s called “matchmaking” and it’s been around for decades.

Before the days of spit vials and cheek swabs, before the days of the Internet and APIs (application programming interfaces), this work was not easy. A positive match would have been a matter of chance, of exceedingly good luck. Thanks to genetic testing and databases like GeneMatcher, the process is a little easier now. But no single database is big enough on its own to do matchmaking on the scale necessary for the most rare diseases. That’s where the Matchmaker Exchange (MME) comes in. It’s a tool that connects GeneMatcher to a network of similar databases that is greater than the sum of its parts, increasing the global representation and accessibility of rare disease patients.

“In the beginning, PhenomeCentral didn’t have enough patients, so our only option was to call our friends,” said Taila Hartley, a genetic counselor at the Children’s Hospital of Eastern Ontario and director of operations at Care4Rare, a pan-Canadian rare disease research cohort. Care4Rare deposits its data into another rare disease database called PhenomeCentral, maintained at the Hospital for Sick Children in Toronto, Canada.

Cases come to Care4Rare once all other options have been exhausted — the disorder is undiagnosable, it’s severe, perhaps there’s a family history of clues but there’s still no explanation. Thirty percent of the time Hartley and her colleagues solve these cases immediately. A culprit variant is quickly confirmed and the case is closed.

But for the other 70 percent, the story isn’t as clear cut. Some of these could take decades before they’re figured out, Hartley said. And it all hinges on a second case — a single match.

“Sometimes that’s enough,” said Heidi Rehm, a clinical geneticist based at the Broad Institute and Harvard Medical School in Cambridge, US and one of the founders of the MME. “It depends on the specific story. If you have two cases with a very rare clinical presentation  with de novo or loss-of-function variants in the same gene, that’s a rarer observation, and the chance to randomly see these variants in the same gene in a similar case is really rare.” MME increases those odds by expanding the dataset to include as many rare disease patients as possible, even if they aren’t contained in the same database.

Patient A:II-1’s research team had identified two candidate genes in her exome, but without a second case, they couldn’t be sure which gene was responsible for the disease that caused her death. So they submitted to GeneMatcher.

“We uploaded our genes of interest and immediately received an email with contact information from a group in Germany,” said Machteld Oud, a PhD student at Radboud University Medical Center in the Netherlands and first author on a paper recently released in the American Journal of Human Genetics. “As soon as we spoke it was clear that we were dealing with a phenotype caused by variants in the gene EXTL3,” she said. Together with the German group, led by Davor Lessel, Oud and her team began to build a strong functional case for the gene. But as Rehm said, more families would make the case even stronger.

Patient C:II-1 came in through Care4Rare. She is twelve years old and has much milder symptoms than patient A:II-1. Exome sequencing by Care4Rare had also identified EXTL3  as the most likely candidate for her clinical features, so Hartley and her team submitted the gene to PhenomeCentral.

This was when everything started to fall into place. Hartley clicked the button to allow the MME API to push her case out to the rest of the network, connecting her to Oud and Lessel, who both came in through GeneMatcher, as well as two more groups in Portugal and the UK.

In total, the team used MME to connect nine patients across five families distributed around the globe — a feat that would not have been possible without transcending the boundaries of each individual database.

The researchers found that disruption to EXTL3  leads to a rare disorder they dubbed “Neuro-immuno-skeletal Dysplasia Syndrome.” And while there isn’t a clear treatment for all patients, the research did lead to a potential remedy for one of its most severe symptoms – using stem cells to overcome damage the disorder sometimes wreaks on the immune system.

“But finally knowing what caused the disease is incredibly satisfying to families who can finally get answers to many of their questions,” said Rehm.

Four years ago, if a case in GeneMatcher had the same symptoms and the same candidate gene as a case in PhenomeCentral, no one would have known. They would have sat languishing in their respective databases, unable to find each other due to a simple technical challenge made complicated by jurisdictional boundaries. So in 2013, a group of clinicians, researchers, and programmers who work closely with these databases got together to create MME.

“We all had rare disease cases, many of them unsolved,” said Rehm. “The question was, how can we bring the data together to help us solve these cases? How do we actually do that?”

MME is a network that connects many of the rare disease databases around the globe — and the patients they describe — to each other. MME provides algorithms that are applied at each of these databases in a distributed manner to help match patients together while allowing each database to maintain control over the data it contains. This is important because it means that despite institutional and jurisdictional differences surrounding patient consent and data use, clinicians can still make matches across databases.

Rare disease research has gone through a major shift recently, Hartley said. “The community now recognizes that we can’t do this work in silos, we can’t be as concerned about being scooped. We need each other.” Her team started to really understand this when the cases started to get harder. In the “glory days” when Care4Rare was first starting up, she said, they were identifying new genes every week.

But now they are down to the rarest, most difficult cases — the ones that can’t be solved without extensive international collaboration

MME, which came under the wing of the Global Alliance for Genomics and Health (GA4GH) and the International Rare Diseases Research Consortium (IRDirC) soon after its launch, has formalized the process of “calling friends” that Hartley and her team used to rely on. But it has also taken it to a much larger scale. They are now able to connect not just with friends, but with colleagues they didn’t even know they had in remote corners of the earth. They’ve used it in four published research papers and another 10 papers are in the works.

“We’ve also had to have a leap of faith,” Hartley said. “We’ve had to put data in and trust that others are doing it in good faith and want to collaborate.”

The trust is paying off. “Sharing data is very important, especially for rare diseases,” said Oud. “It is part of our standard approach as soon as we are left with two candidate genes and we only have one family.”

Patient A:II-1 didn’t survive, but her data did. And because they were shared with the research community, those data contributed to the discovery of a rare disease affecting families around the globe, families who had all been searching for an answer to the same question.