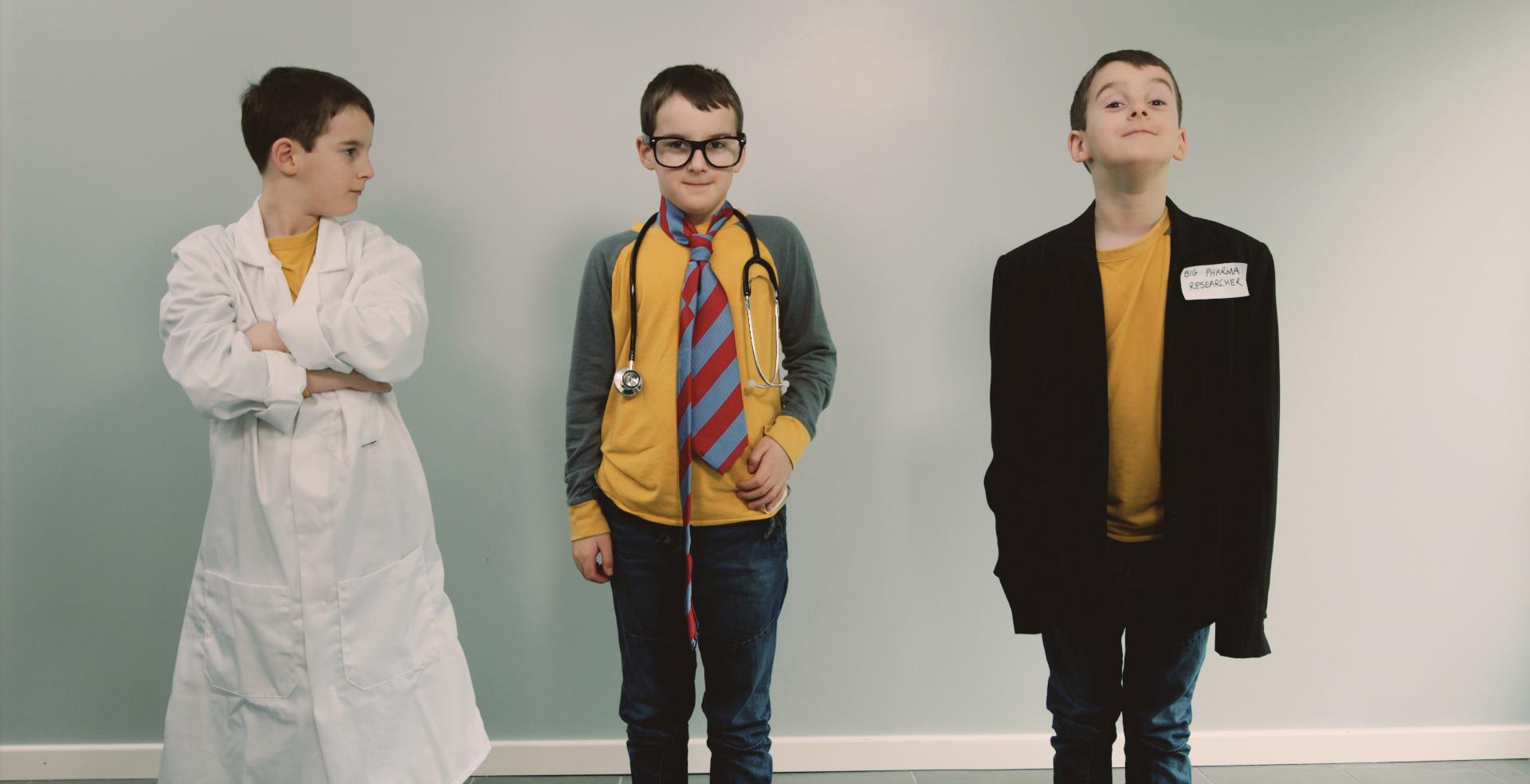 Back in May 2016, the GA4GH Participant Values task team launched a global research study to probe public attitudes toward sharing DNA and medical data. The project, Your DNA, Your Say, is unique in its delivery. Participants don’t just answer a bunch of questions in an online survey (although that’s part of it). They also get to watch a series of short films that illustrate how the data can be accessed and used in different contexts. The idea is to serve as an educational campaign as well as a research study, gathering information about how the public views genomic data sharing while simultaneously socializing the issue and outlining its practical and ethical implications.

That’s important because all this work we’re doing here at GA4GH doesn’t really mean much without broad buy-in from patients and the public. Anna Middleton, the study lead, developed a creative and fun storyline about a young boy (played by Middleton’s son) who assumes a variety of personas as he goes through the various ways that genomic data can be useful for research and healthcare. The films put everything into an easily accessible storyline and offer viewers a quick, fun learning experience that even a toddler can enjoy. We know that last bit because we tested this at our home…and because the film series was included in the children’s program of the Viten Filmfestival  in Norway earlier this year!

Lauren Farley, research assistant to Middleton, attended the event and said it met with great success. Children and their families funneled through the screening room at the Historisk Museum (a part of the University Museum of Bergen) throughout the day, picking up informative tidbits about genomic data sharing along the way. The goal is for this stuff to be part of the common discourse, something a primary care physician could bring up during a physical without striking fear or worry in the hearts of patients.

And, as we like to point out around here, it’s a human right to benefit from science. To develop therapies and help future patients, scientists need access to lots of data. At the same time, individuals have a right  to share their data in order to improve their own health and those of their fellow citizens. “At the moment there’s a risk of policy being made about how data are shared without having a clear public voice on the issue,” Middleton told us back in May. “All of us have an online footprint of one sort or another and most of us engage with healthcare services. Our health data is online too and it is very useful for research — are we OK with it being used in all sorts of ways by other people? Our survey aims to find out.”

Viten was the second on a string of international laurels that the Your DNA, Your Say films have started to rack up. In the summer they were selected for the Raw Science Film Festival where previous honoured films include blockbusters such as Ridley Scott’s The Martian . And on January 8, it will be presented at the New Filmmakers Film Festival in New York . All of this means good things for getting the notion of genomic data sharing in front of mainstream eyes.

Middleton has used the film-survey approach for other studies in the past with considerable success. Her Socializing the Genome project brought in around 10,000 responses from people all over the globe. Your DNA , Your Say is off to a similarly auspicious start, having already brought in nearly 2,000 responses, primarily from the UK. But it’s early days and we need more data. There are more than 7 billion people on this planet, remember. To reach all of them, Middleton’s team is starting to translate the survey into other languages, including subtitles on the videos. So far French, Polish, Russian, and Portuguese translations are complete and those versions of the online surveys and films will be released in the new year. More translations, including Icelandic, German, and Arabic, are underway, and recruitment for translators for other languages is ongoing (drop us a line if you want to help!).

“This is a very ambitious project, aiming to gather opinions from across the world. There is a huge evidence gap for us globally,” Middleton said. She’s hoping this work will help fill that gap.