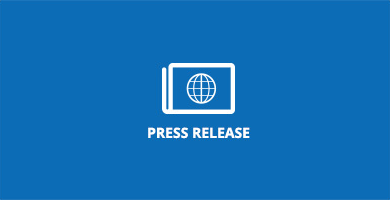 HINXTON, UK — The Global Alliance for Genomics and Health (GA4GH) and the Wellcome Genome Campus have launched a new project to explore global public attitudes and beliefs around the sharing of genetic information. This has become increasingly urgent as we enter a new era of genomic medicine in which unique ethical and moral questions arise, at both the personal and political levels. It also raises questions about the commercial use of people’s genetic information.

Every day, DNA and medical data are collected at clinics and research labs around the globe. To be truly informative, all of the data points — and there are millions per person — must be integrated into larger repositories in order to facilitate comparison across millions of individuals. Doing so requires individuals to give permission for their DNA and medical data to be donated for the purposes of research. Such sharing will often mean data leave the institutions where they were collected, and travel across the Internet to researchers around the world. Policy on this process must be informed by the views and preferences of

people to whom the data originally belonged.

The new global research project, called Your DNA Your Say, was designed by the GA4GH Participant Values Task Team and takes the form of a ‘film­survey’ experience. First, a series of short films introduces participants to the practical and ethical issues of DNA and medical data sharing followed by a survey in which participants are asked to provide their views on whether they would donate their data, for what purpose, and whether they perceive any harms associated with the act of donating.

Dr. Anna Middleton, Principal Social Scientist at the Wellcome Genome Campus, who leads the project, said: “This is a very ambitious project, aiming to gather opinions from across the world. There is a huge evidence gap for us globally. At the moment there’s a risk of policy being made about how data are shared without having a clear public voice on the issue.”

“We’re not only asking the general public, but also patients, research participants, scientists, health professionals, young people, old people. We want everyone to take part,” said Middleton. “All of us have an online footprint of one sort or another and most of us engage with healthcare services. Our health data is online too and it is very useful for research — are we OK with it being used in all sorts of ways by other people? Our survey aims to find out.”

GA4GH is an international community of researchers, clinicians, regulators, software developers, members of industry and government, as well as patient advocates and others who are all committed to the responsible sharing of genomic and health­related data. Its members are engaged in revolutionary science that has the potential to transform the way we treat and prevent disease. But none of that work is relevant without the public perspective to put it into context, said Middleton.

Barbara Prainsack, who studies the societal aspects of data use for personalized medicine at King’s College London, was involved in the design of the study. She said: “We use a series of nine short films to illustrate how people’s data could be used in different contexts. We deliberately seek to engage people who may not have thought about these aspects before. How would you want your data to be used, by whom, and on what terms? These questions are relevant for all of us as citizens and patients.”

Natasha Bonhomme, Vice President of Strategic Development at Genetic Alliance, said: “This is a very exciting and novel project and I urge everyone to take part and share it with their communities. As technology provides access to a new wealth of information, it is critical that the voices of people around the world have an opportunity to shape how we use and share this data.”

The results of the survey, which was funded by the Wellcome Genome Campus and Wellcome Trust, are intended to feed back into GA4GH and its work. GA4GH Executive Director Peter Goodhand said: “As GA4GH is a global organization, it is important that this work be accessible around the world. As such, the first rollout of the survey is in English but it and the accompanying videos are being actively translated into several other languages, including French, Polish, Japanese, Arabic, and Russian. This way, we will be able to learn what different communities think. This is vital to ensuring that we are able to facilitate responsible data sharing.”

To access and participate in the survey, visit YourDNAYourSay.org today.

The Global Alliance for Genomics and Health is an international, non­profit alliance formed to accelerate the potential of genomic medicine to advance human health. Bringing together over 400 leading organizations working in healthcare, research, disease and patient advocacy, life science, and information technology, GA4GH Members are working together to create a common framework of tools, methods, and harmonized approaches and supporting demonstration projects to enable the responsible, voluntary, and secure sharing of genomic and clinical data.

The Wellcome Trust is a global charitable foundation dedicated to achieving extraordinary improvements in human and animal health. We support the brightest minds in biomedical research and the medical humanities. Our breadth of support includes public engagement, education and the application of research to improve health. We are independent of both political and commercial interests.

The Wellcome Genome Campus Courses, Conferences and Public Engagement delivers training and engagement focused around genomics, its applications, and implications. Its vision is to inspire a range of audiences both on the Campus and beyond it, and make the world of genomics open and accessible to all. Wholly funded by the Wellcome Trust, three teams work as a single, joint initiative to offer a wide range of events and activities, collaborating closely with scientists from the Wellcome Trust Sanger Institute and EMBL­EBI.