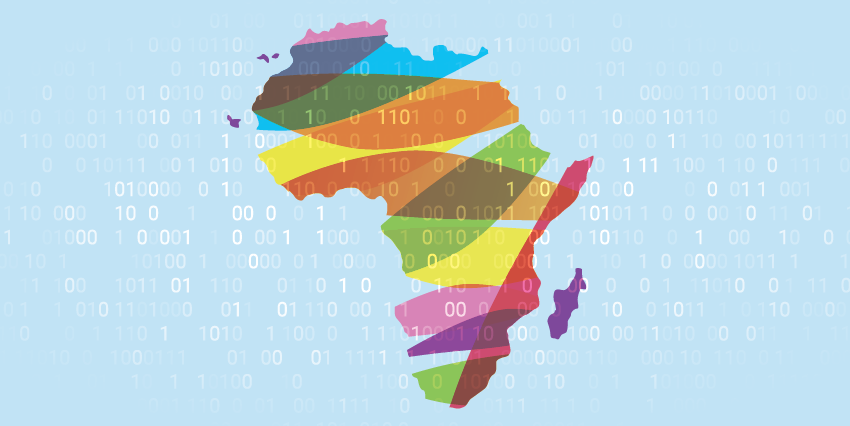 By collaborating globally in a new, large-scale effort, researchers have made strong progress in sequencing genomes from regions and countries across Africa, paving the way for more broadly representative and relevant studies ranging from basic through clinical genetics. Their findings have been published in the journal Nature.

“There is a dearth of baseline genetic data for African populations,” according to Neil Hanchard, MD, DPhil, Assistant Professor at the Baylor College of Medicine. In an effort to remedy this the NIH Common Fund’s Human Heredity and Health in Africa (H3Africa) Consortium—a GA4GH Driver Project supported by the US National Institutes of Health and Wellcome—conducted whole genome sequencing of 426 individuals from 13 African countries, whose ancestries represented 50 ethnolinguistic groups from across the continent.

Of the 426 genomes sequenced, 314 were analyzed at high depth. This allowed the researchers to examine rare genetic variants in an accurate and quantifiable way, in addition to the common variants that have been the focus of most of the previous genetic studies in Africans, Dr. Hanchard explained.

“We found an impressive breadth of genomic diversity among these genomes, and each ethnolinguistic group had unique genetic variants,” he said. “There was a great deal of variation among people in the same region of Africa, and even among those from the same country. This reflects the deep history and rich genomic diversity across Africa, from which we can learn much about population history, environmental adaptation, and susceptibility to diseases.”

“We were able to discover more than 3 million novel variants with just about 300 genomes,” said Dr.Botigué, Group Leader at  the Centre for Research in Agricultural Genomics in Spain. “This was after comparison with more than one thousand African genomes in public repositories, suggesting that the potential for discovering novel genetic variants by sequencing African populations is still far from saturation.”

Beyond the sheer amount of variation within and among the groups studied, the researchers were able to use the data to examine historic patterns and pinpoint migration events that were previously unknown.

“For the first time, our data showed evidence of movement that took place 50 to 70 generations ago from East Africa to a region in central Nigeria. This movement is reflected in the genomes of a Nigerian ethnolinguistic group and is distinct from previous reports of gene flow between East and West Africa,” said Adebowale Adeyemo, MD, deputy director of the Center for Research on Genomics and Global Health at the National Human Genome Research Institute, and a senior author on the study. “This data gives us a more complete picture of the genetic history of Africa.”

The researchers found more than 100 areas of the genome with evidence of being under natural selection. A sizable proportion of these regions were associated with genes related to immunity. “When you consider which forces have shaped African genetic diversity, you might think of malaria and sleeping sickness,” Dr. Hanchard said. “Our study suggests that viral infections could also have influenced genomic differences between people, via genes that affect individuals’ disease susceptibility.” There were also noticeable variations in selection signals between different parts of the continent.

“Our findings suggest that adaptation to local environments, diets, or pathogens might have accompanied the migration of populations to new geographic regions” added Dr. Dhriti Sengupta, one of the lead analysts from SBIMB, University of Witwatersrand.

The researchers hope their work will lead to wider recognition of the extent of uncatalogued genomic variation across the African continent, and of the need for continued studies of the many diverse populations in Africa. “Adding genomic data from diverse populations is essential to ensure that all global populations can benefit from the advances in health that precision medicine offers,” said Zané Lombard, PhD, Associate Professor at the Division of Human Genetics of the University of the Witwatersrand, South Africa, and a senior author on the study.

The study authors noted that their findings have broad relevance, from population genetics research into human history and migrations, to basic research into the genetic structure of various groups, to clinical research into the impact of specific variants on health outcomes. “Our findings provide a base for future H3Africa studies to build upon, as well as the opportunity to include more African genetic sequences in the human reference genome databases and create a better reference for researchers around the world to use,” said Dr. Adeyemo.

The study is also a major milestone in African genomics research capacity, as it was led predominantly by local researchers using local resources. “The work underscores the recent availability of both infrastructure and resources for large-scale genomics research on the continent,” said Dr. Ananyo Choudhury from SBIMB, University of Witwatersrand the first author of the study.

The collaboration of research groups from all corners of the continent was critical in making this research possible. Shaun Aron, one of the lead analyst from SBIMB, University of Witwatersrand, pointed out that “initiatives such as H3Africa have laid the foundation to foster and encourage collaborative research in Africa, which has made studies like these possible.”